Hélio Melo worked as a rubber tapper in Acre (BR), a job in which he performed arduous tasks that involved everything from extracting to transporting the product from the rubber trees. In the midst of this aridity, Hélio Melo found inspiration and references to become a writer, artist, composer, and musician, always as a self-taught person.

In his literary work, he narrated his experiences, combining a personal imagery with peculiar aspects of Amazonian culture, such as legends, fantastic stories and real facts. (It is important to point out that they were didactic booklets in order to preserve knowledge about the history of rubber in the region and Amazonian culture in general).

The same Amazonian universe also appears in his plastic production, which brings numerous coded references to myths, characters and customs of the forest, learned in the years the artist lived and worked in the forest. Thus, his painting is also similarly linked to facts and passages from the artist's life, or in some way experienced or witnessed by him.

In his drawings and paintings, he portrays the symbolism of the rubber tapper, marked by his learning with nature and with the Indians. It interprets the daily life traversed by the Amazonian imagination, highlighting the symbolic dimension of social and ecological conflicts in the region.

In 2006, Hélio Melo's work won a space room at the 27th São Paulo International Bienal and is present in the MAR collection (Rio Art Museum) through four important drawings donated in 2013. (It is also in the Masp collection) Consolidated itself as the most outstanding artist of Acre in Brazil. In his honor, the government of Acre created the Teatro Hélio Melo. 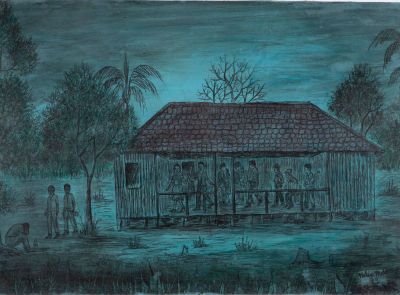 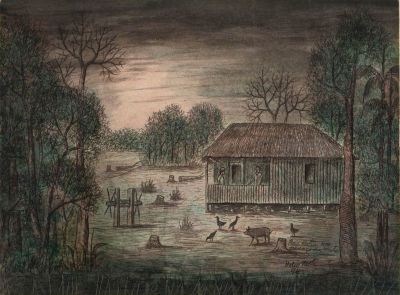 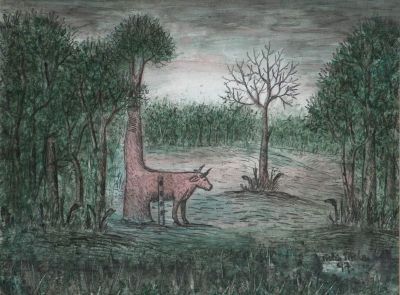 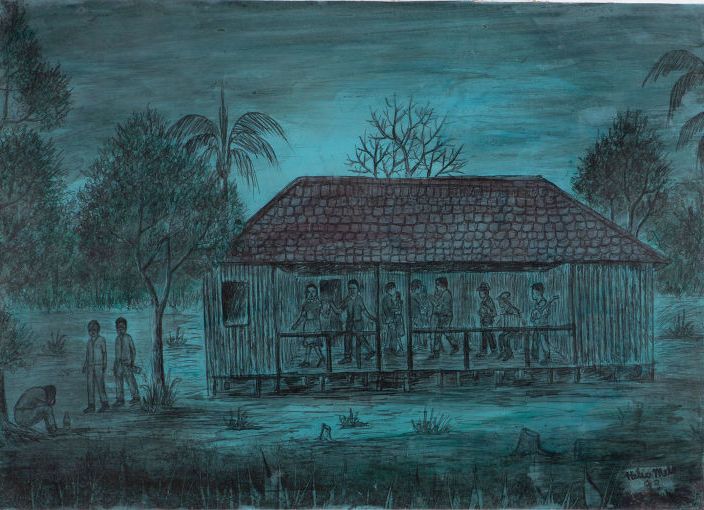 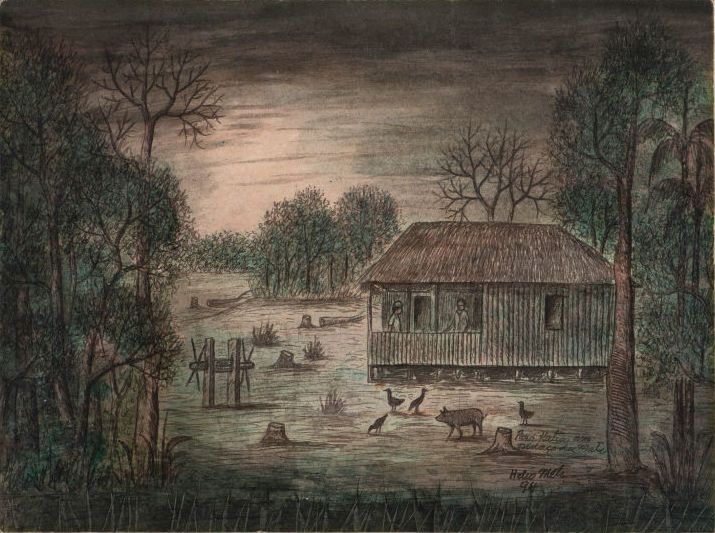 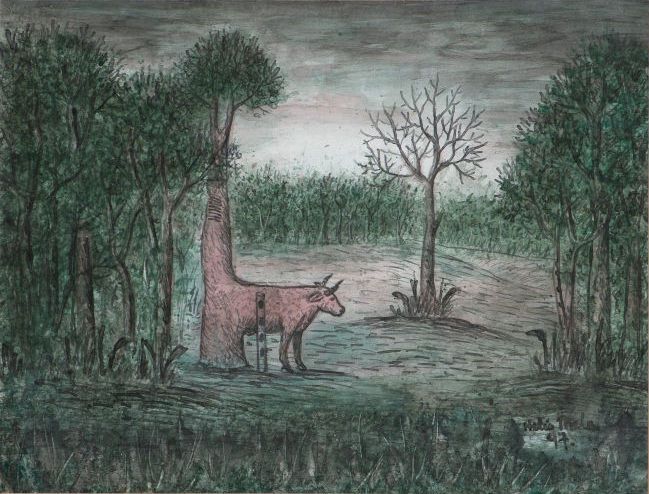