Born in Lower Normandy, Léger moved to Paris in 1900 to study at the School of Decorative Arts. In the city, he befriended avant-garde artists of the likes of Jacques Lipchitz, Robert Delaunay and Marc Chagall. The works he produced up until 1910 show a leaning toward impressionist aesthetics, especially in the color palette, with gradual transitions. In 1911, he met Pablo Picasso and Georges Braque, which definitively marked his work that continued with cubist influences for the greater part of his career. Léger's aesthetic feeds especially on the characteristics of synthetic cubism: geometrization of shapes, multiplicity of planes and points of view and a strong palette, incorporating highly-defined tones.

During World War II, Léger moved to the United States, where he was a professor at Yale University and Mills College, until his return to France in 1945. He created the stained glass windows of the Sacré-Coeur d´Audincourt Church and a panel for the Palace of the United Nations in New York.

Léger's work had an important influence on 20th century art. In Brazil, the painter Tarsila do Amaral, one of the cornerstones of modernism, was strongly influenced by the artist whom she had met in Europe, seen in her strong outlines and use of chromatic contrasts. 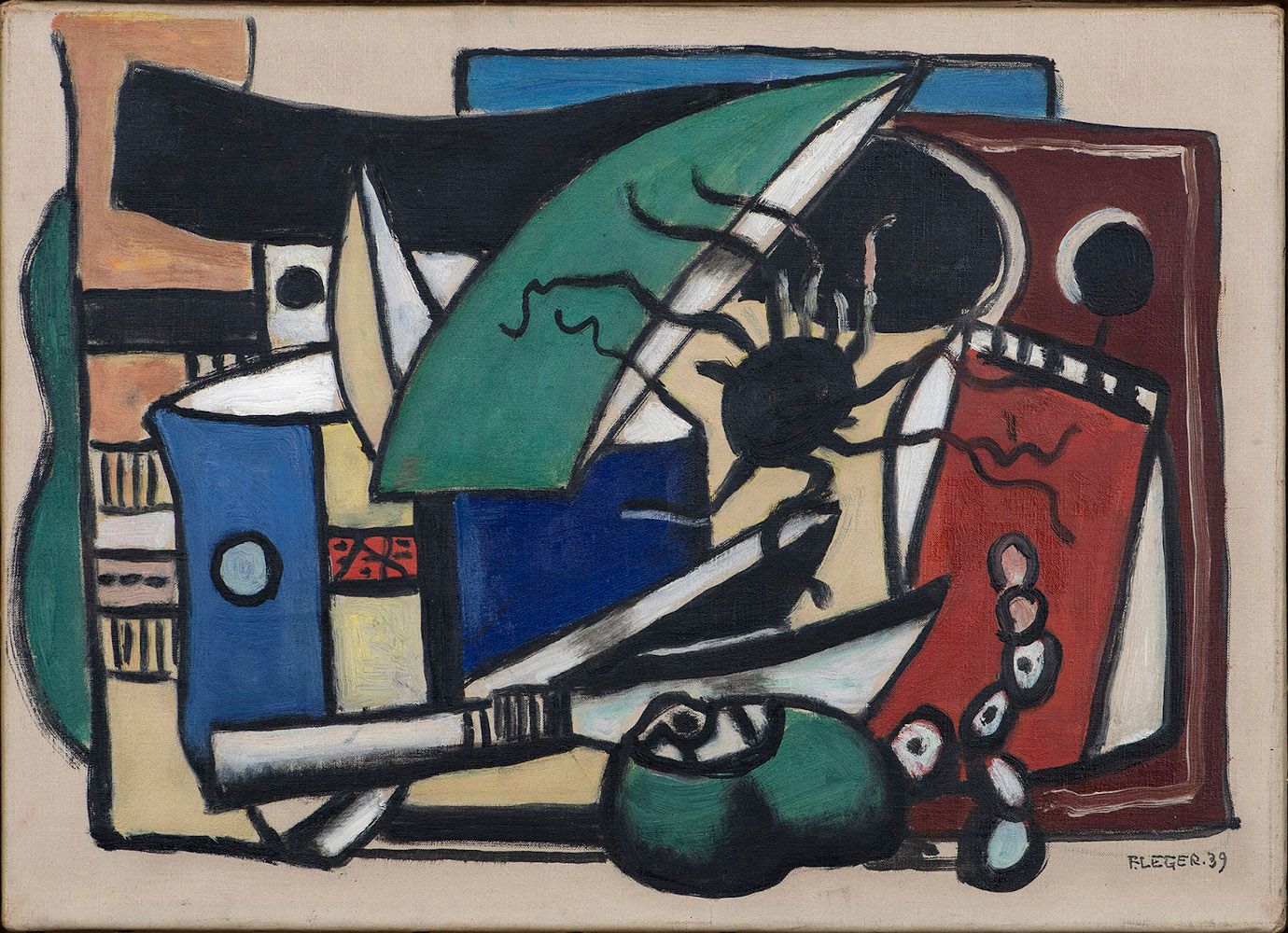