The pictorial work of Beatriz Milhazes is composed of ornamental motifs, which allude to the arabesques and the exegesis of Baroque Art. In her compositions, she clusters images together to fill the two-dimensional space of the canvas. Lines, shapes and colors are produced by successive collages accurately overlaid.

Her first works done in the 1980s comprised visual experiments involving the relationship between figure and background, with a strong influence of ornamentalism. Later, her painting takes on a definite two-dimensional nature, exploiting color and the surface of the canvas to evoke the senses. Her work incorporates references derived from Baroque, ornamental patterns and Art Déco.

Milhazes participated in exhibitions marking the importance of Generation 80 in the Brazilian art scene. The group of artists returned to producing paintings, in contrast with the conceptual trend of the 1970s, incorporating new techniques and materials.

Since the 1990s, Milhazes has been featured in international exhibitions in the United States and Europe and in collections of museums such as the Museum of Modern Art (MoMa), Solomon R. Guggenheim Museum and The Metropolitan Museum of Art (Met) in the United States, the Reina Sofia Museum in Spain, among others. Her paintings have fetched record sums for Brazilian works sold at Sotheby's auction in New York. 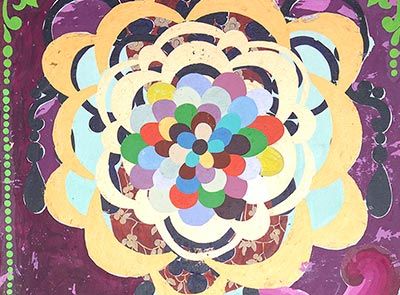 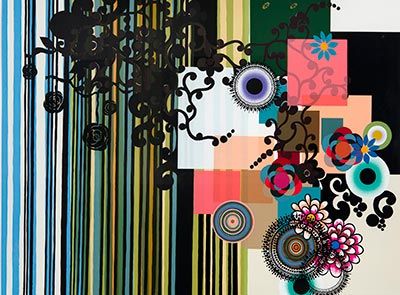 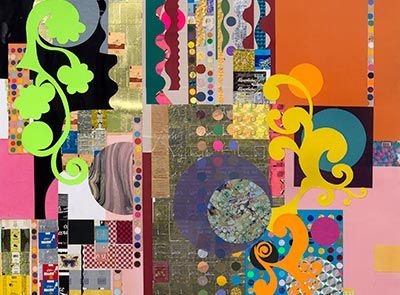 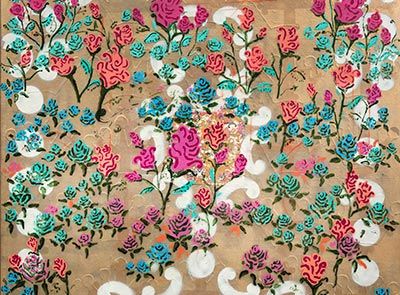 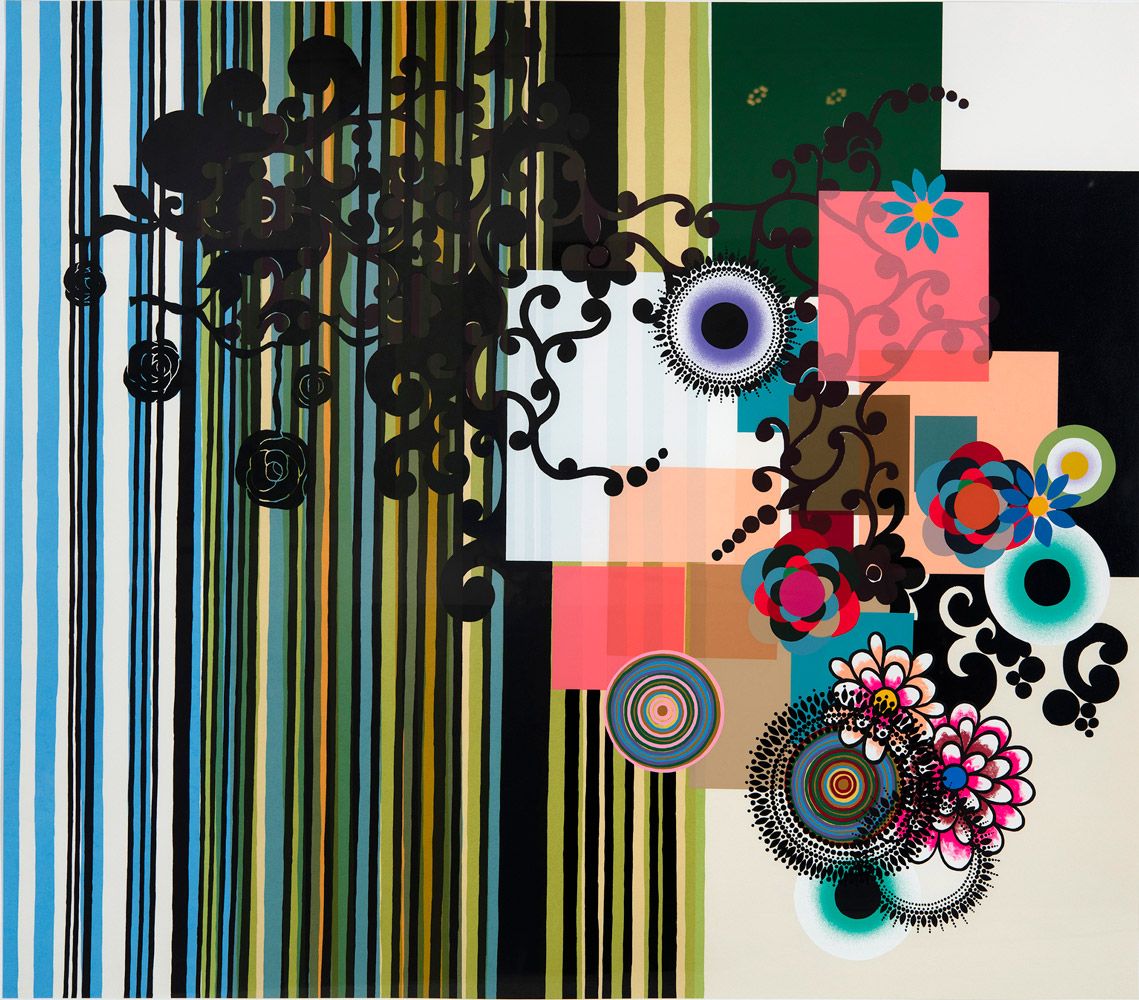 Copacabana Series: As Irmãs (The Sisters), 2003 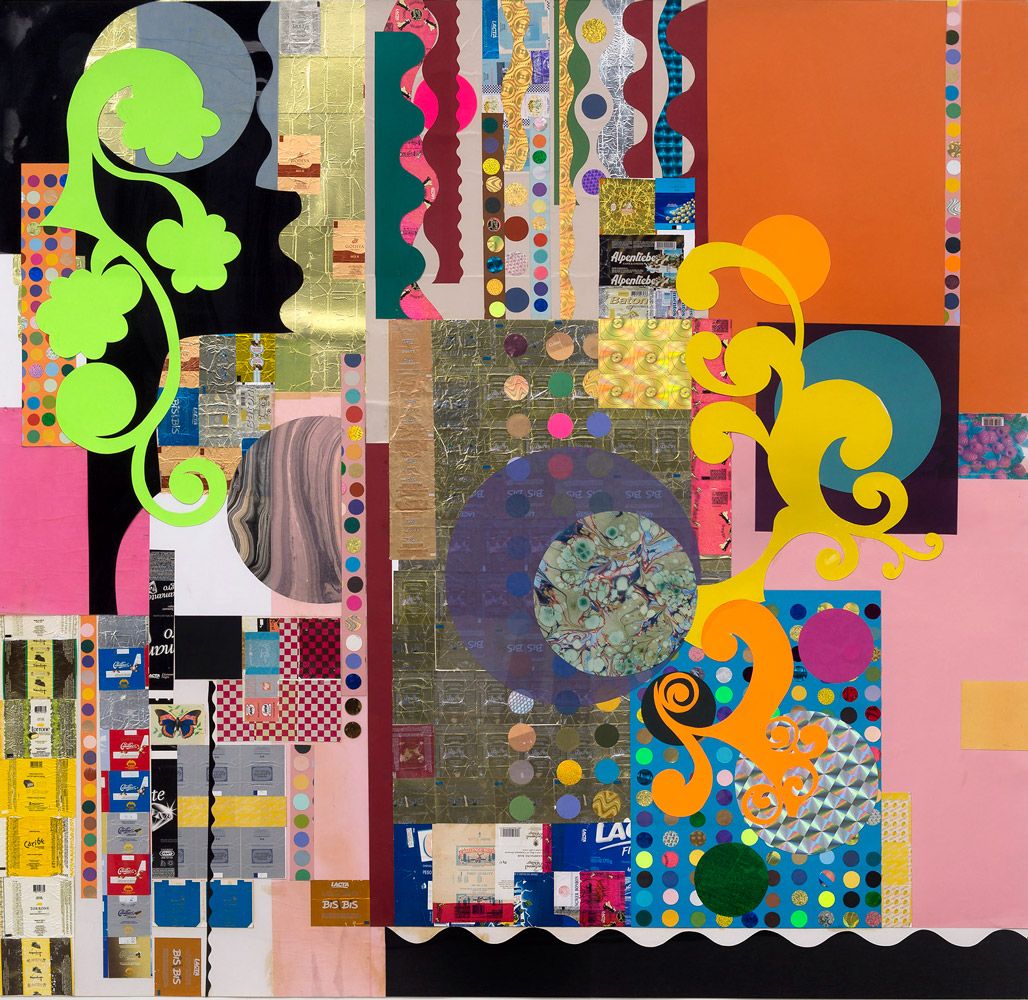 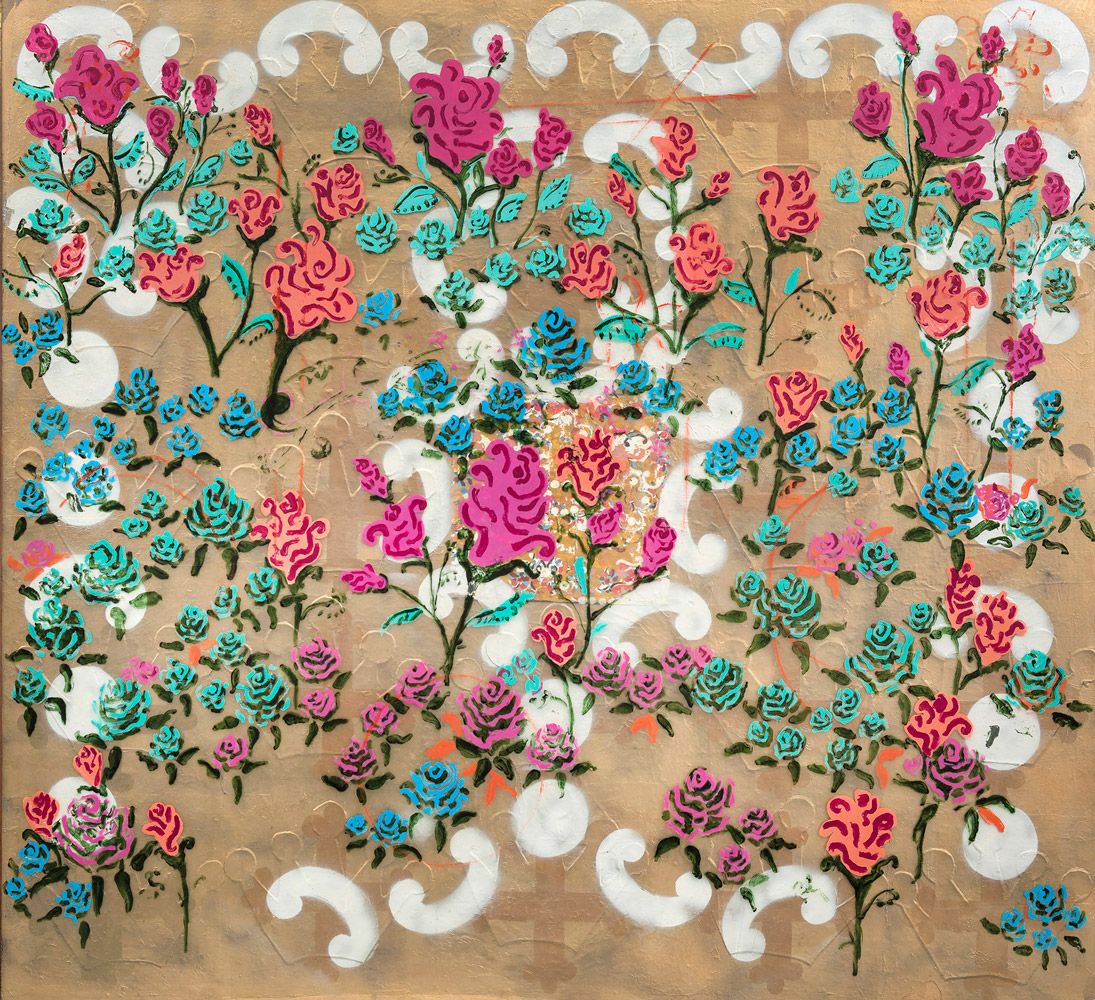