Alexander Calder is one of the best known artists of the twentieth century. Amidst predominantly European artists in the first half of the century, this American artist left his unique mark: mobiles (colored sculptures of metal and wire, made up of autonomously moving parts). Calder is considered one of the founding fathers of kinetic art. He also created the stabiles, sculptures similar in shape and color to mobiles, but free-standing and generally large.

Calder began his art studies in the Art Students League of New York, with painting and illustration classes. Moving to Paris to further his studies, he had contact with surrealists and artists such as Miró and the group De Stijl. His first productions to draw attention were the circuses with wire-articulated characters, with which he would put on performances for groups of artists and intellectuals in Paris. Later, influenced by the abstract forms and colors of Mondrian and Miró, he created his mobiles and stabiles. In 1931, Calder returned to the United States, regarded as one of the most important sculptors of his generation.

Many of Calder's large mobiles and stabiles are installed in public spaces of numerous countries, such as the United States, England, Sweden, Spain, Portugal, Israel, Germany, Canada, Australia, the Netherlands, among others. Also, his works are exhibited in rooms of countless institutions around the world, including UNESCO headquarters in Paris. Given their seminal importance, his works feature in the world's most important collections, such as the Museum of Modern Art in New York, National Gallery of Art in Washington, Tate Gallery in London, Louvre in Paris, and the Reina Sofia in Madrid, as well as in well-known private collections, such as the Jones Bergamin and the Marta and Paulo Kuczynski Collections. 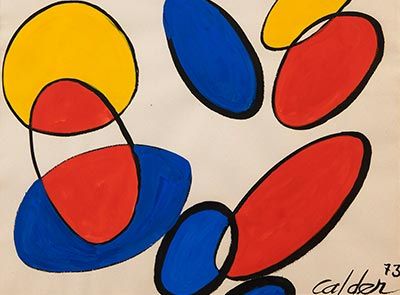 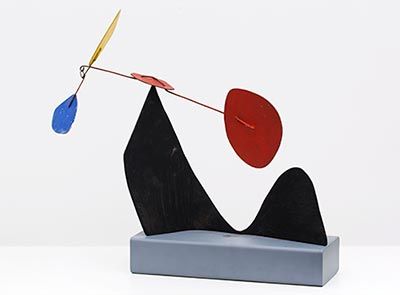 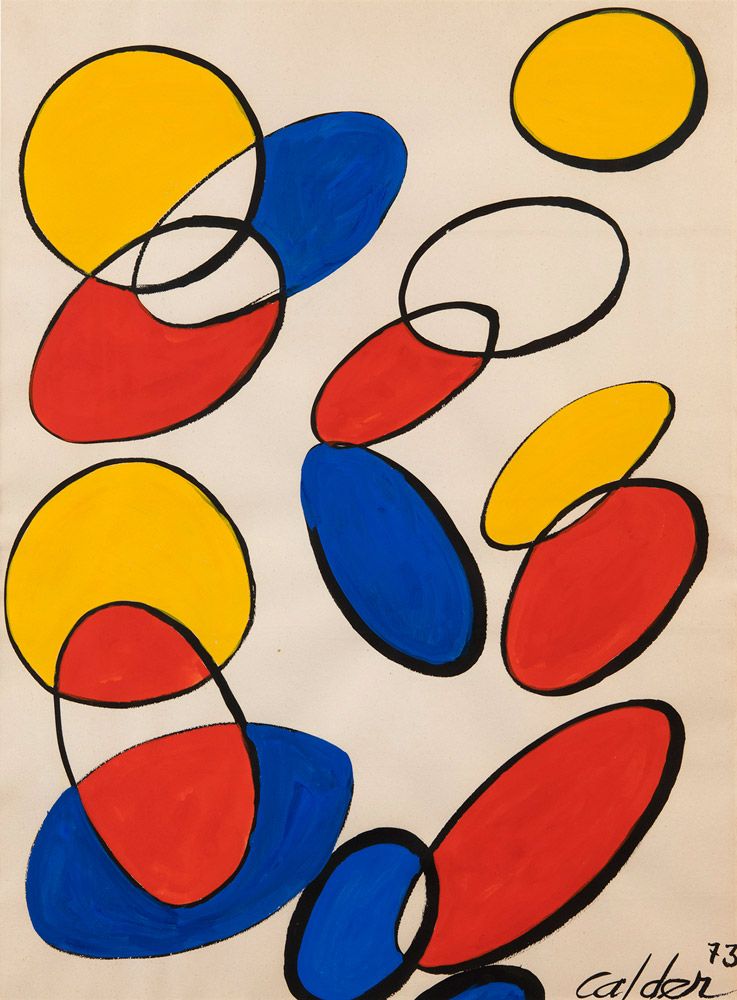 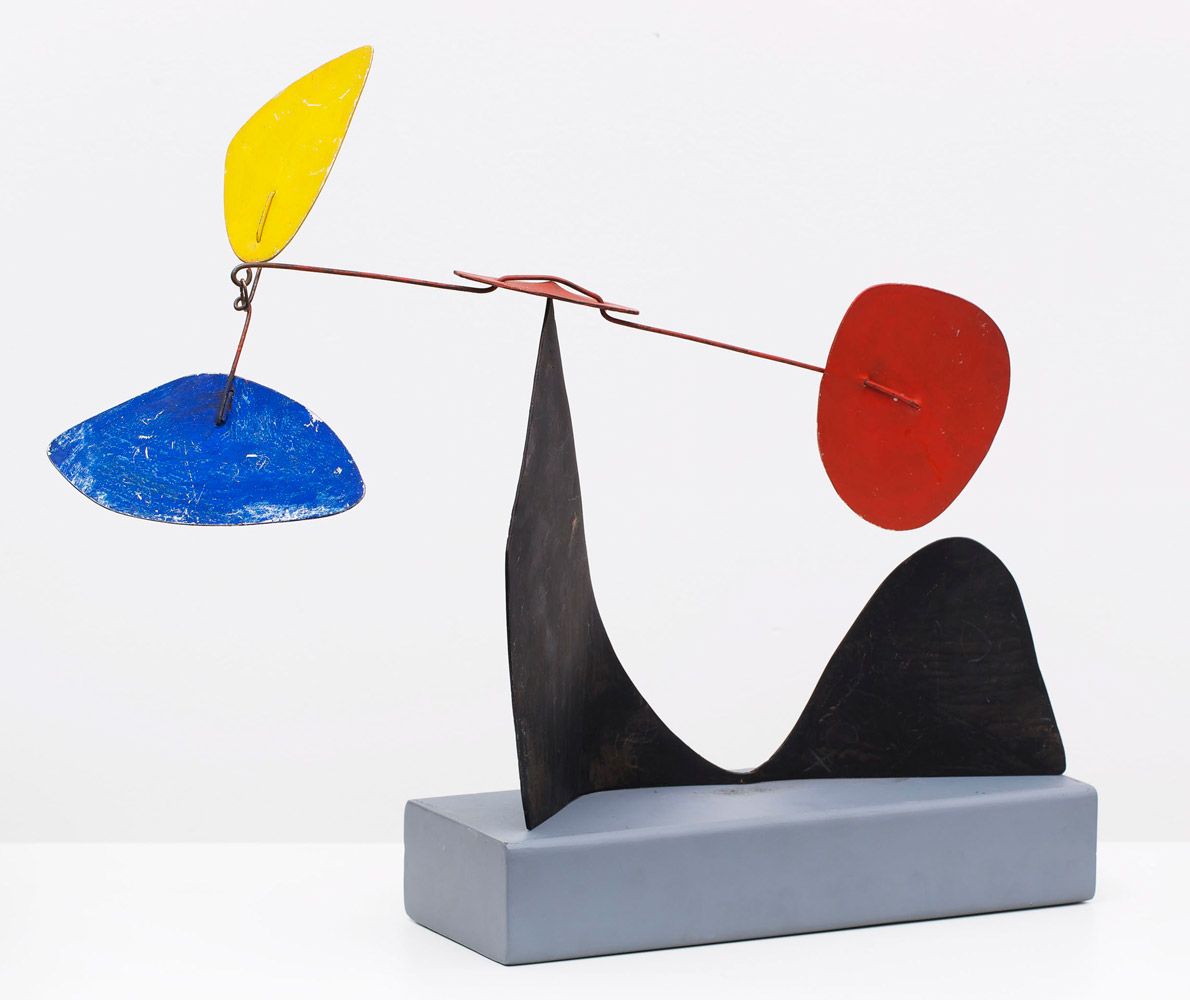 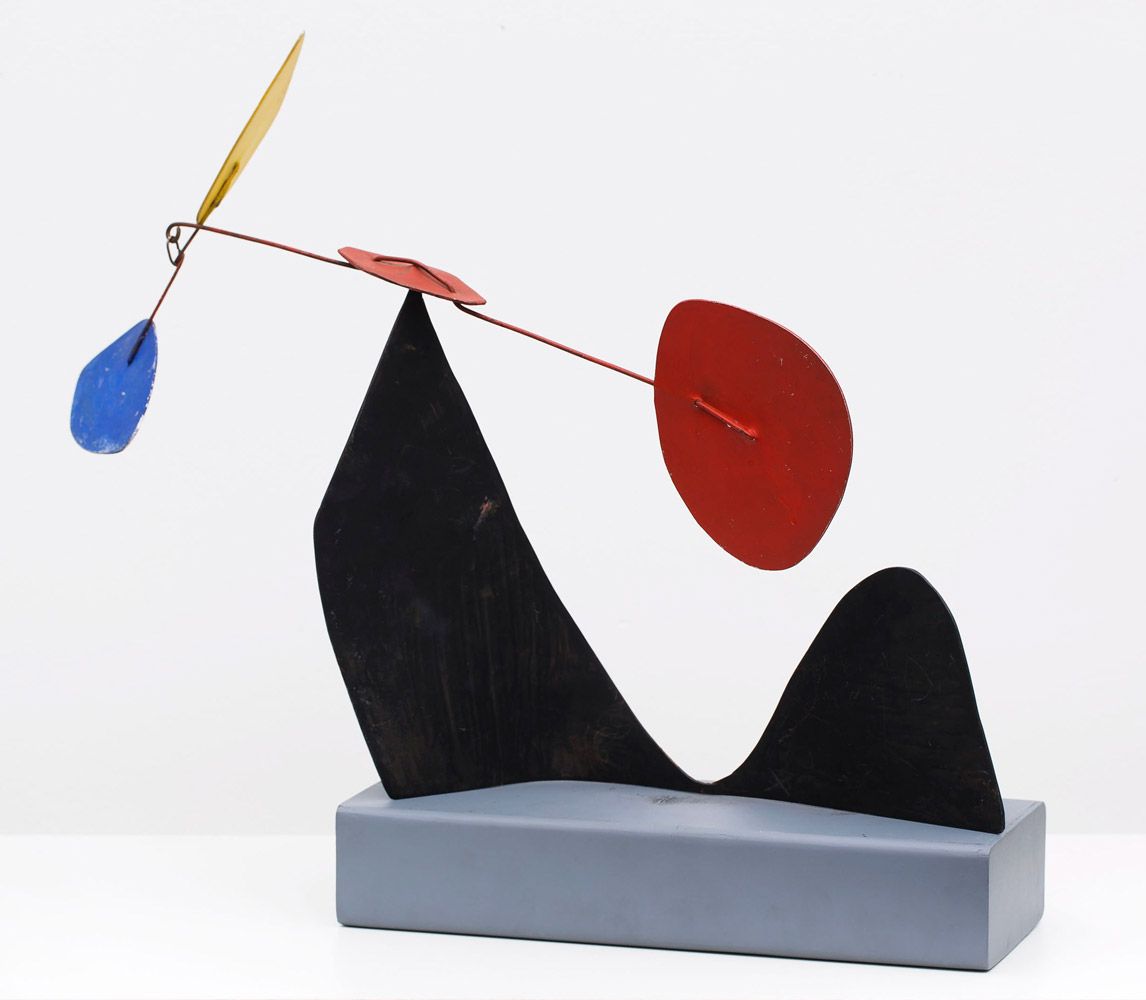